We weren't sure what to expect from New Dehli. I think we were bracing ourselves for a tough few days but as with Kolkata we were pleasantly surprised. Now don't get me wrong, the traffic here is what you could only describe as 'diabolical' at rush hour and the capital is home to the worst air pollution we've experienced, even worse than Beijing! However, it's much more built up than we expected, we've not seen too much litter and it seems a lot less chaotic than we'd imagine it would be. You don't hear too much horn beeping either. They have a state of the art underground metro and as with London or New York it is packed during busy periods but it works well and is a great way to get around.

We decided to spend three nights in New Dehli and one night in Agra in-between. Agra is a small town three hours away by car or train but home to the Taj Mahal, a superstar attraction if ever there was one. We had hoped to get a train to Agra but it turns out most of these trains get booked up a month in advance due to high demand. We were disappointed as we wanted to experience India's trains and we thought this would be the ideal time to try it but as we had no choice by this stage we hired a driver and a car for two days at a very reasonable price. We were picked up on the Saturday and that day we visited three major sites around the capital before the longer drive to Agra.

The Lotus Flower Temple is a prominent attraction in the city and notable for its flowerlike shape. It reminded us of the Sydney Opera House. It's open to everyone, regardless of their religion, whether they intend to pray or not. Given India's large population, it's not a surprise that it is one of the most visited buildings in the world. 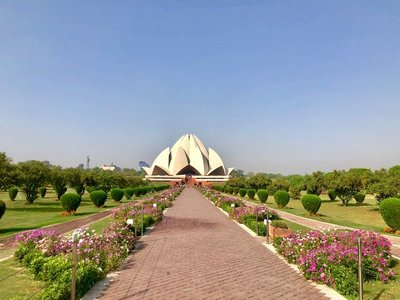 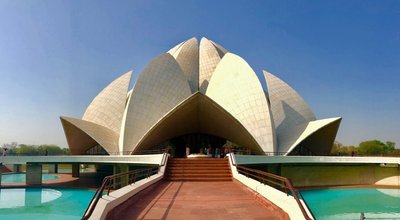 The Humayan Tomb was built in the 16th century for the Mughal Emperor Humayun and was a declared a Unesco World Heritage site in the 1990s. 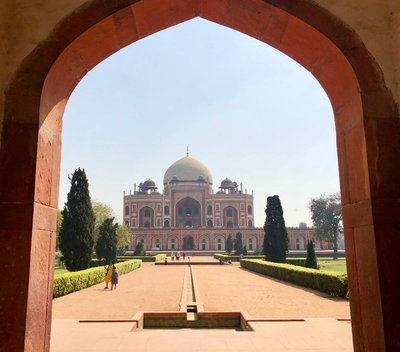 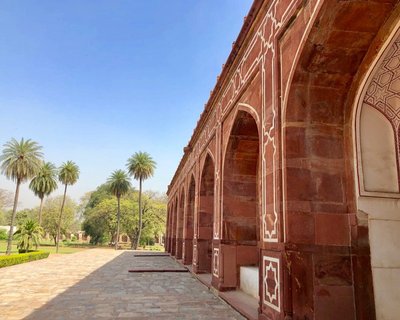 Akshardham is a Hindu temple and displays Hindu and Indian culture, spirituality and architecture. It only opened in 2005 and we must admit as stunning as it is, it almost borders a little bit on tacky as they tried so hard to recreate another Taj Mahal. Photographs are strictly forbidden but I've added in two below thanks to Google. Despite the OTT nature of the building it's really worthwhile visiting. 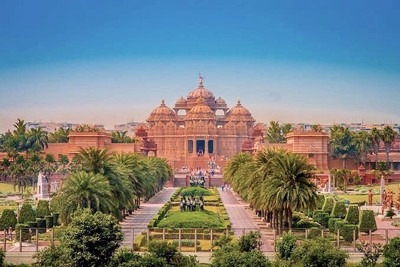 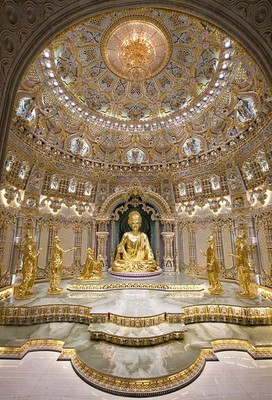 We arrived that evening in Agra, the former capital of India before it was moved to Dehli in 1638. There is very little to do in the town itself so we took it easy and had an early night. The following morning it was a 5.30am start in order to get to the Taj Mahal by sunrise. As you'd expect there were a lot of people, plenty of Westerners and many of them were dressed up in full on Indian outfits. We must not have gotten the memo! The Taj Mahal was built in the 16th century at the request of Shah Jahan, the fifth Mughal emperor. It's essentially a mausoleum devoted to his beloved third wife! It's one of the seven modern wonders of the world and just as spectacular as you'd hope for in person. It's hard not to be in awe as you explore. It's definitely up there with the pyramids for me in terms of wow factor. 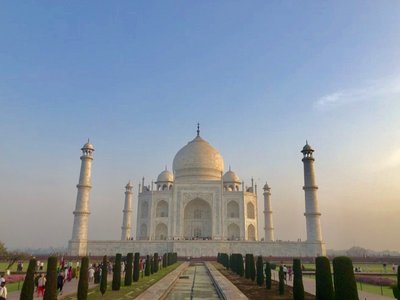 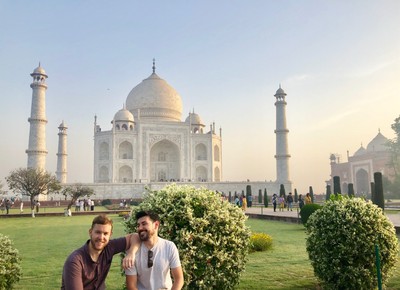 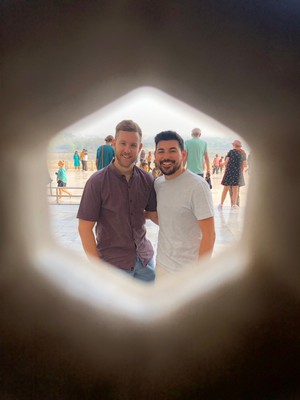 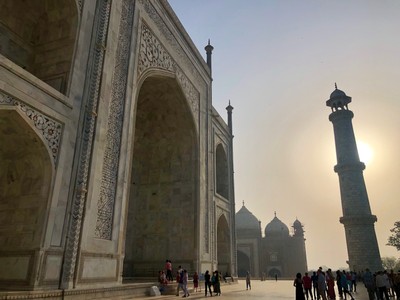 The Agra Fort is located close to the Taj Mahal and we had time for a short visit. Built in the 17th century it's been the residence for for all early Mughal emperors. The emperors had a moat filled with crocodiles as well as a pack of lions roaming the inner walls to keep visitors at bay. Wouldn't have fancied breaking in! It's as grandiose as one expect for an emperor. 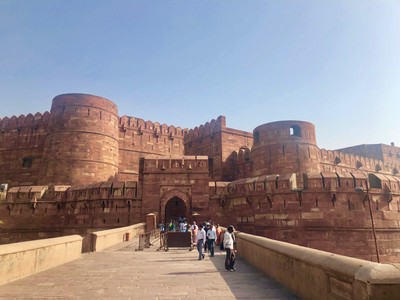 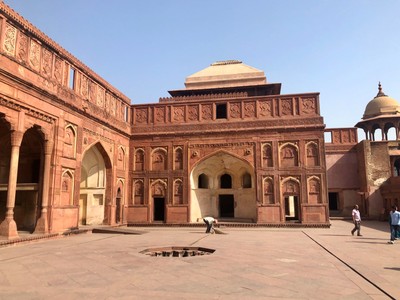 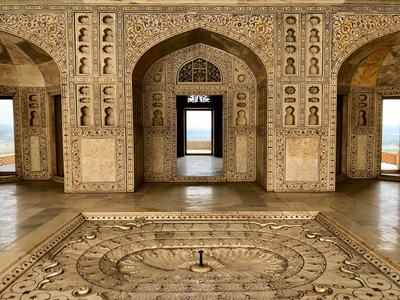 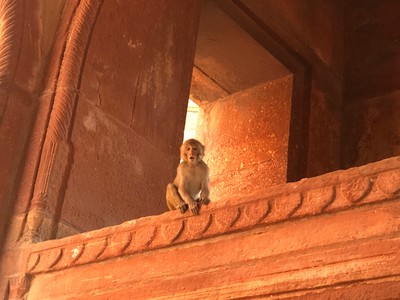 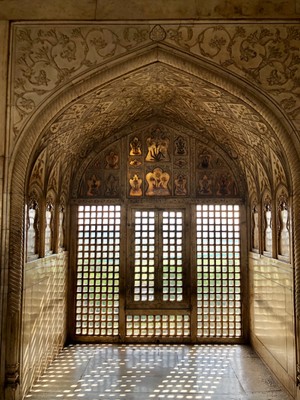 I must make a mention of the weather here... the heat has been unmerciful hitting close to 40 degrees after lunch time. It's so important to get your sightseeing done early in the morning or in the late afternoon. Failing that, being in the shade is essential. Another big attraction in Dehli is the Red Fort. However given that it's only open from 9.30am-5.30pm we made a decision to view it from the outside in the evening. There's a light and sound show on at night that would have been great to experience but unfortunately we were told it was closed until 'after the election'. 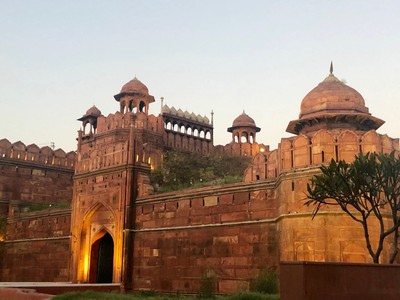 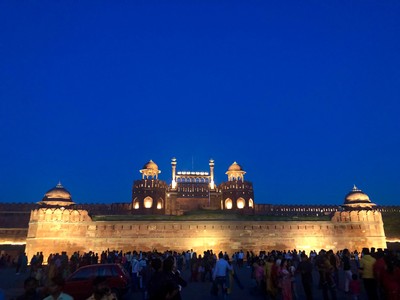 And this concludes our fifteen day tour of India! If you've read previous entries you'll know we've had some challenging times. It's certainly been as interesting and exciting as we had hoped for. And a real sensory overload too. We can conclude it's all been well worth while and we can safely recommend a trip, as long as you know what you're in for! We even managed to avoid the dreaded 'Dehli belly'. Tomorrow it's time to move on to Nepal where Mount Everest Base Camp awaits us.

Thanks Todd, much appreciated!