Wrapping up our Everest Case Camp trek here's our walking trail from Luka in the south to Kala Patthar in the north and back down again. Phew! 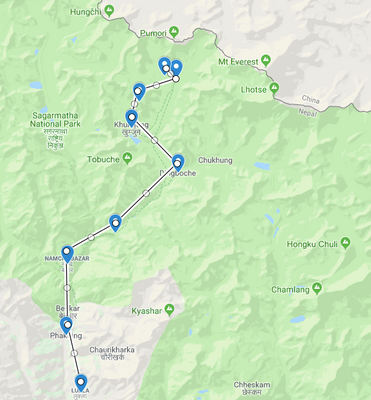 Truth be told we were very excited to be on our way to Japan as we have been looking forward to this for years. We've both been fascinated by the country for quite some time and this felt like our just desserts after the rollercoasters that were India and Nepal. Getting from Kathmandu to Tokyo was not as easy as it initially seemed and a reasonably priced flight involved a six hour stopover in Bangkok's airport where the air conditioning units had the audacity to break down when we were there. How rude. A speedy iPhone weather check confirmed it was more than 30 degrees outside in the evening so we had to take refuge on the floor in front of a portable fan unit that looked like a giant hairdryer. Only a few hours sleep was managed on the second flight and before we knew it we had landed in Tokyo with our eyeballs at the back of our heads. However, we had arrived! Wakey wakey.

We've been in Tokyo five days now and we're absolutely in love with the place. It's got all the quirky and crazy attractions we had hoped for, the metro is fantastic and thanks to Google Maps it's pretty easy to get around. Everything runs like clock work and the city is almost like a giant theme park. The streets are practically spotless and you could eat your dinner off the ground... a far cry from our previous six weeks. The Japanese are renowned for being one of the most polite in the world and even with a population of 13 million they're only too happy to help if their English permits and even if not their friendly smiles and warm personalities go a long way. In terms of budget it is certainly more expensive than where we've been but transport is cheap and there are low cost accommodation and restaurants available if you look for them.

Speaking of accommodation, we knew we'd have to give up regular double rooms in favour of cosier 'suites' shall we say and and that's not been a problem. We've been staying in the Shinjuku distract which is as central as it gets and decided to give one of the capsule hotels a go. It was definitely a bit of a culture shock but a fun one. You must collect sandals on your way in and immediately slip them on. Once you check into reception you're given two locker keys... one to lock your shoes away at reception and the other to store your bags. Only the backpacks we have didn't fit into the micro sized lockers so we had to store our bags behind reception desk and use the main lockers for what we'd need each day. This particular capsule hotel is for men only and each capsule allows enough room for one person. You've got a light, tv, ear plugs and water. The bed is pretty comfy. 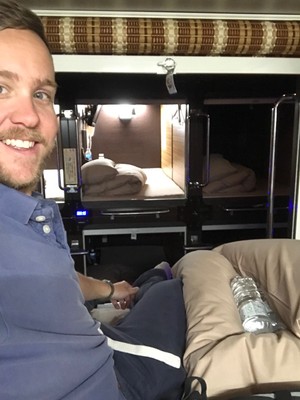 Showering is a culture shock because there are no cubicles! Enroute you must wear a two piece brown garment that can only be compared to something the High Sparrow from Game of Thrones would wear, albeit a clean one (if you haven't watched GOT... shame)! Again there are tiny lockers outside the showers and you must put your garments and towel inside. From here on in you are naked in a room full of Japanese men (and some other Johnny foreigners who are just as bewildered as you). You have the option to take a seat in front a mirror where you can wash yourself down with high quality shampoo and shower gel products. There is also a jacuzzi and a steam room. Now before you ask me have I lost the plot I must stress this is not something we were used to! But honestly nobody is looking at anyone and you have little choice if you want to get clean so you just go with it. The whole area is so spotless and the jacuzzi so revitalising that I enjoyed my second and third visits. Once dry you put your garments back on and had it not been for all the men's vanity products on offer it could almost be a scene from a prison what with everyone wearing the same 'uniform'. Even the toilets are polite... the lid will open automatically as you walk in, the seat is heated (how will I ever go back to cold) and there's at least a dozen buttons and options. I wasn't feeling adventurous enough to try them out but Alberto can confirm the warm bidet was 'magical'! 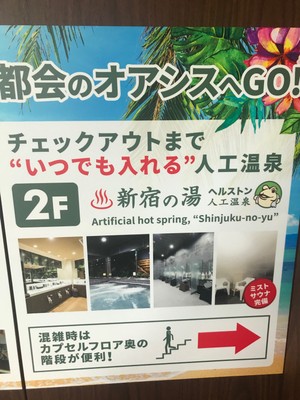 As we arrived late on Saturday we had very little time for sightseeing and that evening we had a pub crawl around the gay district and it was a reminder after not drinking for so long what a lightweight I am as we were unconscious by midnight! I decided to completely ignore Alberto's requests to stop drinking fast and clearly peaked too soon. On Sunday we paid a visit to the Imperial Gardens and the Modern Art Museum. 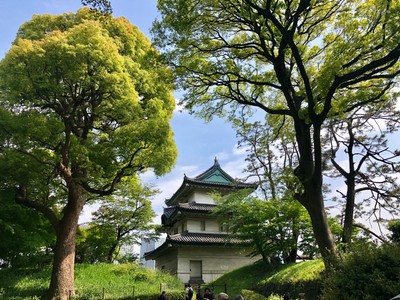 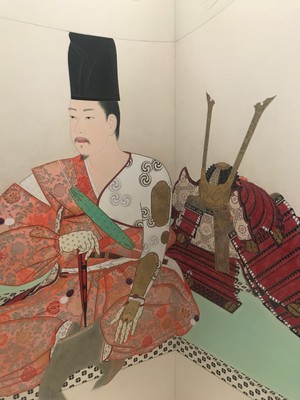 We also had our first look at Akhibara, the famous electronics and gaming district. As a former self-confessed gaming nerd of the 90s and still a relative fan today I was in absolute heaven. It's novelty central around here and we were naively escorted to a maid café where the 'maids' tell you they are '17 forever' when you ask their age and insist on calling you 'master'. It wasn't long before we were avoiding eye contact and making our way to the nearest exit before we had to pay a heavy cover charge. We'll be back soon we swear... seriously though it did make us wonder about whether this type of thing plays into something more sinister. 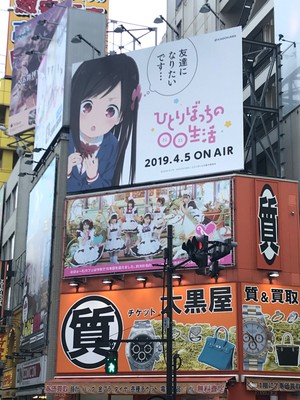 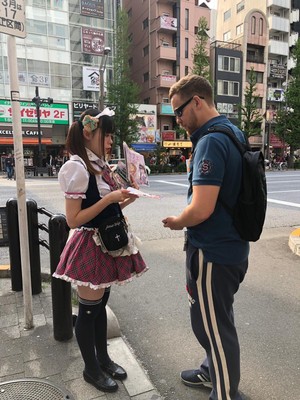 There are also cat and rabbit cafés which are equally ridiculous. 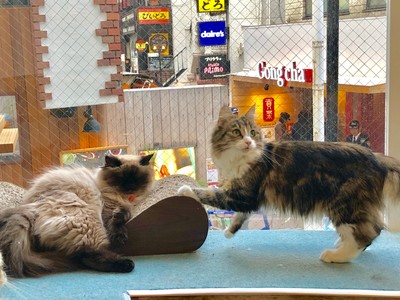 That night we met up with one of Alberto's old work colleagues, Kazumi. She and a friend were very kind to take us off the beaten track to a great restaurant only the locals would know and a handful of bars. Followed by karaoke... well it had to happen! And hey it's Japan so of course it involved fancy dress. 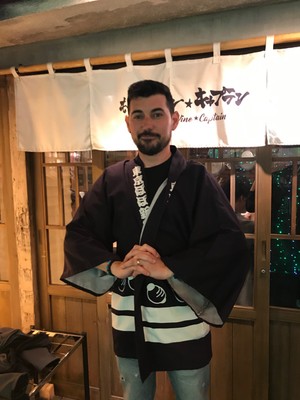 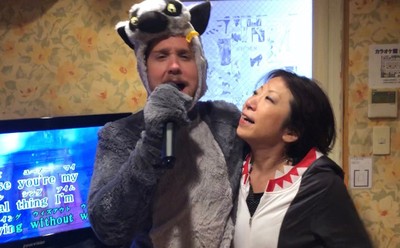 On Monday we took a trip to Shibuya, renowned for its shopping and the busiest pedestrian crossing in the world. Yes, in the world! We spent the day at a virtual reality park where we had the chance to try out eight different VR games over the course of two hours. It was a huge amount of fun and you can really tell that VR will only grow in popularity not just in Japan but across the world. 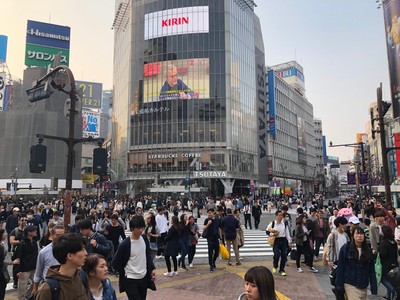 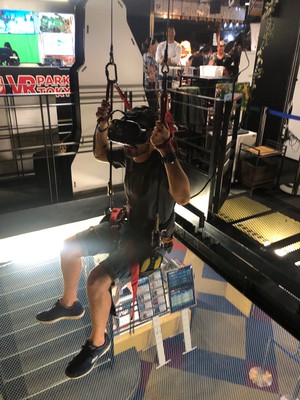 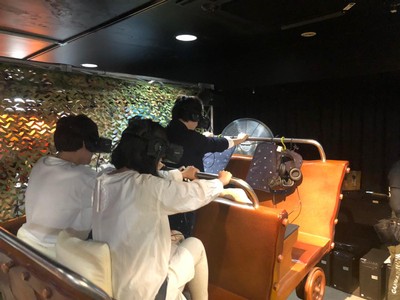 That evening we visited the 'Ninja Restaurant'. There's no way to elegantly describe this only to say it's set in an artificial underground cave, your waiters dress and talk to you like their ninjas and for a very reasonable price you can dine on a range of very tasty dishes. It was far cheaper than true fine dining but it was certainly up there in terms of quality and originality. The funny theme only added to it not to mention the random ninja magician who appeared halfway through to further entertain. 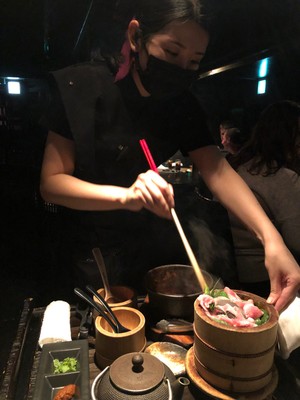 On Tuesday we met up with one of Alberto's friends from Melbourne Mar who is also visiting and we went to the 'Robot Restaurant'. Now it's not really a restaurant... you can buy fried chicken, churros and popcorn but you're not sitting down to dine. Instead you're presented with the craziest fu**ing sh** we've ever witnessed (pardon the language father) and it was hilarious, bonkers, mental and a sensory overload! We almost avoided this for fear of it being 'too touristy' but we couldn't highly recommend it enough. We had no idea what was going on most of the time but who cares! 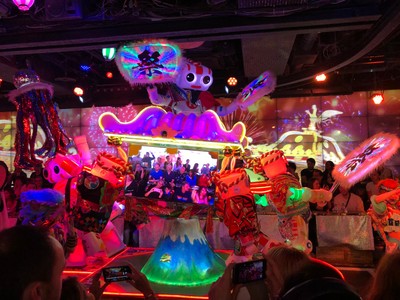 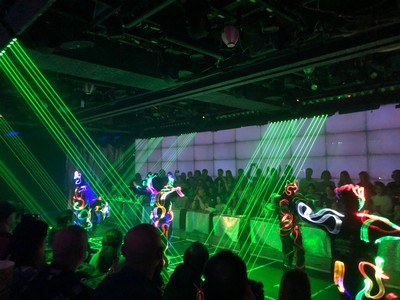 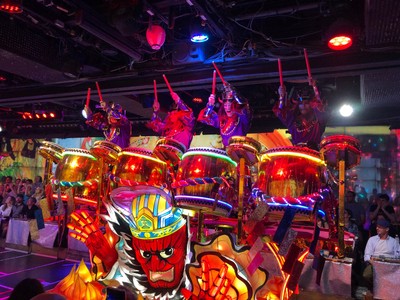 We also made a return to Akhibara... we didn't have enough time during our first visit to indulge in old and modern arcade games and buy some geeky souvenirs. We took some time out to have a pint and play Super Mario Land on an original Gameboy in the local pub. Japan, we love you! 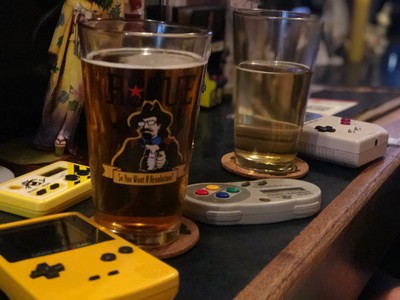 Today was our last full day in Tokyo although we'll have three more nights at the tail end. We took a trip out to the National Museum which I'll be honest was disappointing. Ok it had a poor draw coming after the robot show but we expected far more exhibits and only a few were interesting. Plus points however for the Japanese gardens out back. We had hoped to visit another attraction but after so much walking the past few days (excluding EBC) we needed some chill out down back at our hostel to catch up on some Netflix and write this blog entry. 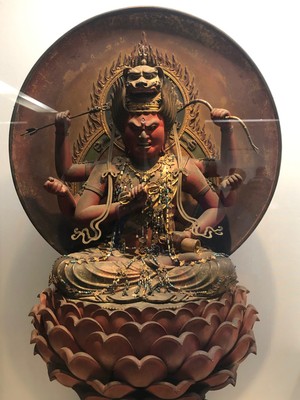 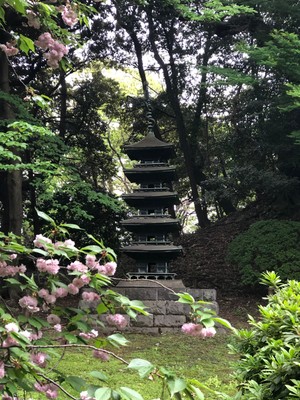 A quick shout out to our second digs in Japan, the hostel 'Unplan Shinjuku'. Now we couldn't even swing a cat in our bunk bed room but the whole place is as clean as a five star hotel, including the shared bathroom and showers (which have private cubicles). Tomorrow we take a train south to the cultural city of Kyoto via our Japanese Railway (JR) pass. Japan it's been 10/10 so far, and we can't wait to see what's next. Sayonara for now amigos!

Japan is great experience...right?! It was a culture shock for me also for absolutely everything: toilets, capsule hotels, vending machines, public baths...you name it.

Enjoy Kyoto- I definitely did not give enough time for my self there.

Cheers Todd, it's definitely a good culture shock and very different to anywhere else we've been. Which is awesome. Kyoto has been a really welcome change of place

Your comment regarding the bathing reminded me of When we stayed in the Ryokan, we were desperate to try out Onsen/hot spa. It was great, even though we were all completely starkers!

Haha Leena, you understand the dilemma so! There is no choice you just have to get on with it :D