As fun as Tokyo had been it was an action packed few days and Kyoto brought us a welcome change of pace and a taste of old Japan. There hasn't been a 'super fun crazy robot show' in sight. Using the JR line it was a short two and a half hour ride south and we booked four nights here to allow some breathing room. It didn't take us long to realise that Kyoto is a beautiful city filled with quiet temples, sublime gardens and colourful shrines. I had heard of it from many friends who had previously visited and it's obvious quite quickly that Kyoto is a must visit. 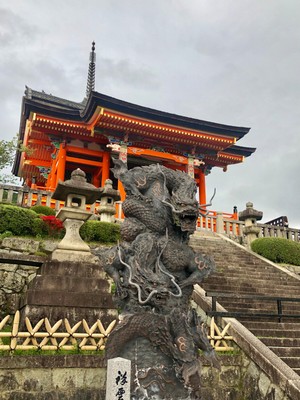 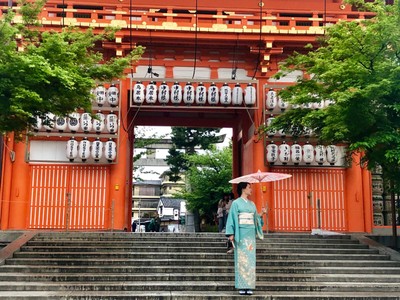 The first major attraction on our list was the Fushimi Inari-Taisha. Now how to describe this... it's a vast shrine complex filled with seemingly endless shrines gates spread across a thickly wooded mountain. It was built in the 8th century (!) and dedicated to the gods of rice and saké. Sure why not. 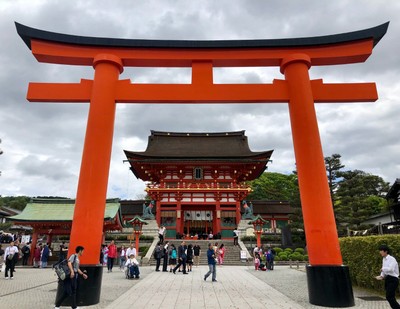 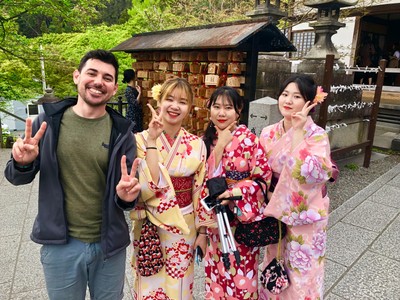 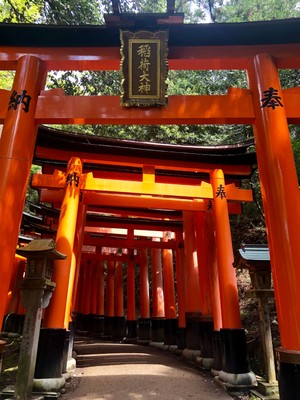 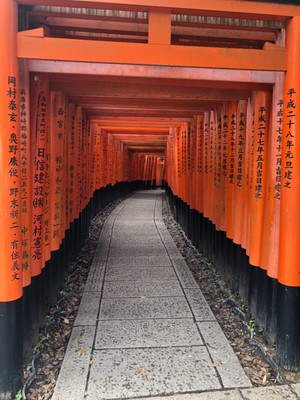 We also visited the Kinkaku-ji, Kyoto's famous golden pavilion. It was originally built in 1397 as a retirement villa. Lucky for some! 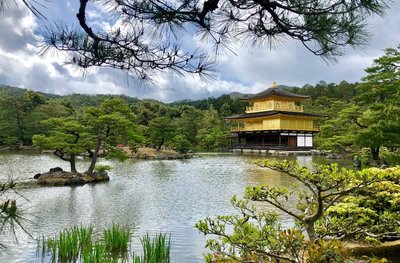 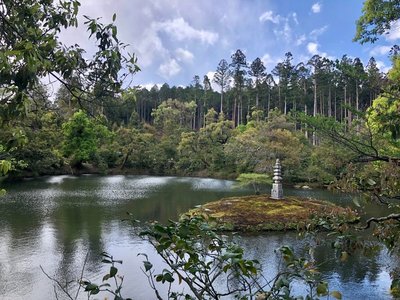 The third major attraction in Kyoto is the bamboo forest. It's just beautiful and you can really feel the sense of serenity as you're walking through it. 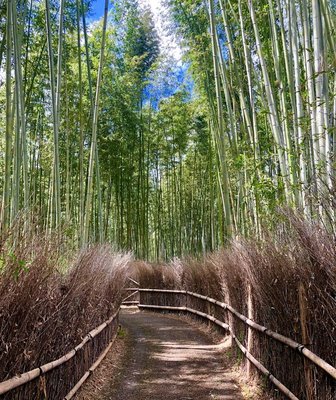 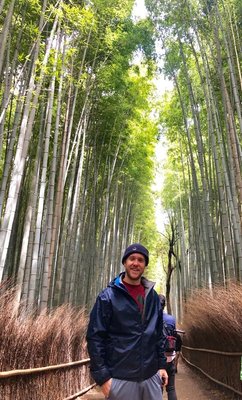 There's also a palace and plenty of gardens to explore next to it. 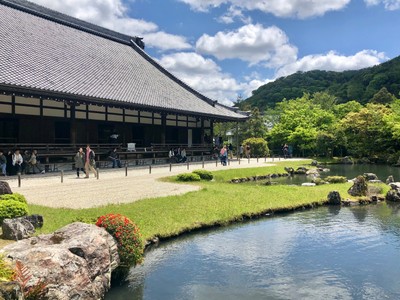 On Monday we arrived in Osaka via a short 30 minute ride. Osaka is Japan's third largest city and it's not a pretty city in the conventional sense. It's been overcast and rainy most of the time we've been here which hasn't helped either. When you walk through the city it all feels a little 1980s. Still though the main tourist hub spot of Dotonbori provides plenty of entertainment and is easier on the eye. 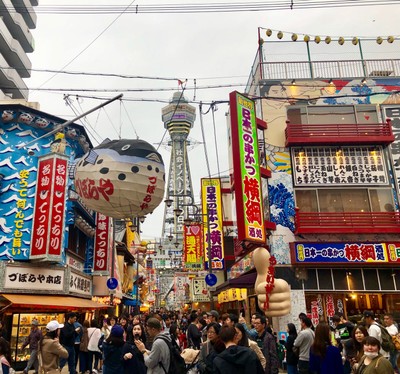 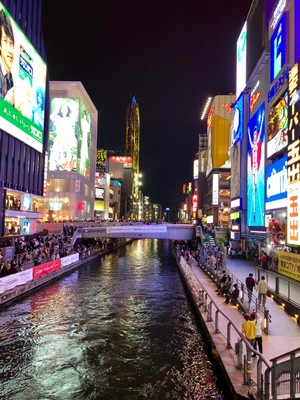 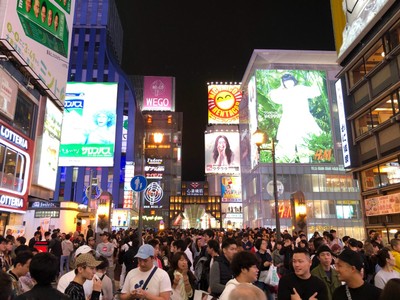 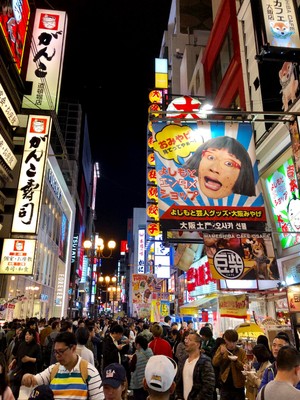 Today we visited Osaka Castle, one of Japan's most famous landmarks and it was packed. We learned a few weeks ago that this particular week is known as 'Golden Week'. Most of the country are on holidays so we were lucky to find a decent Airbnb as almost everywhere was booked out. 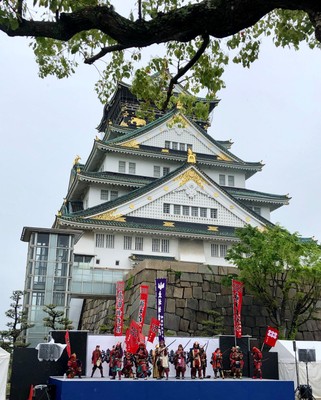 On a side note, one observation is that the Japanese are mad about their slot and pachinko machines! Particularly here in Osaka. It's almost like a private joke nobody is willing to let us in on. 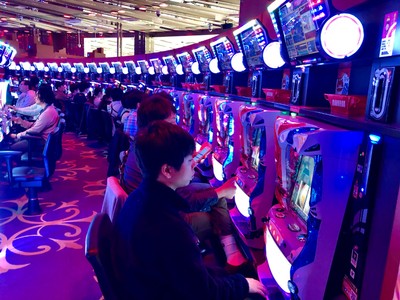 Unfortunately I came down with a bad cold for a few days so between that and the weather we've been resting up a little more. Overall it's been a welcome change of pace but we probably wouldn't have missed Osaka too much if we had visited it just for a day from Kyoto. Tomorrow we take a flight to Seoul, the capital of South Korea for five nights! It was not on the original plan but with the country enjoying a week of holidays we thought it wasn't the worst idea to take a slight detour thanks to some cheap flights we found online. We have no expectations one way or the other with South Korea so it'll be interesting to see what it's like.