When I look back on Peru in the future the first thing that will come to mind is its history and culture. When I think back to Argentina it's going to have to be the wonderful food and drink, more specifically its delicious meats and Malbec wine! The Argentinians certainly know how to dine and it would have been rude to say no, so in the past week it's fair to say most of our group have overindulged. I can hear the gym calling out my name at this stage and I am looking forward getting back into my routine. Having said that we have been doing our best to take in the sights and sounds of a country which we've only scratched the surface of. First up was its capital Buenos Aires. The city has a very distinct central European and cosmopolitan feel to it. Given its architecture you could easily think you're wandering the streets of Paris or Madrid and I really enjoyed an all too brief couple of days here. It's almost winter time in most of South America but the weather has been very pleasant and I don't think we'll see a drop a rain outside of some initial drizzle back in Lima. With only one full day on our trip in BA we were taken on a guided walking tour. There was an international day for Paraguay taking place and you can see some of the Paraguayans dressed up for celebrations in the second photo. 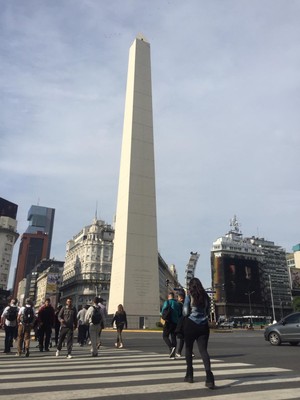 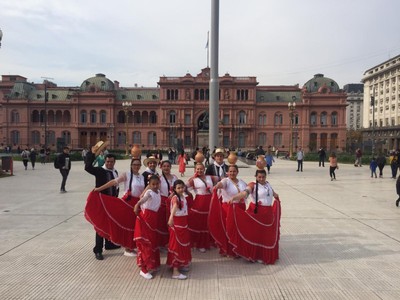 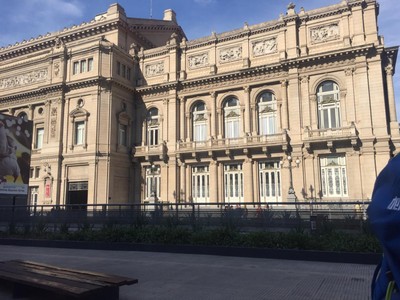 As mentioned in my last entry we said goodbye to most of our group from Peru as only five of us remined... myself, Dan & Amy from Melbourne and Neil & Linda from Dunedin in New Zealand. We were joined by three brand new faces and our tour guide Luciano who was responsible for bringing us to some of the best restaurants at the most reasonable prices. You can't beat local knowledge. On Monday we took a flight south east to Posades and from there we drove to a small town known as Ituzaingo. There's little to see here but it served as our base to explore the Ibera Wetlands region. This national park is more than 15,000 square km in size (the same size as Belgium)! We spent the day driving through it in a couple of jeeps passing by swamps, lakes and lagoons spotting all kinds of birds, caimans (small crocs) and caponatas which are like a mix between a wombat and a beaver. 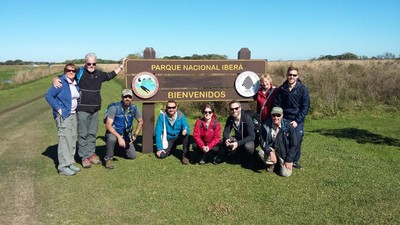 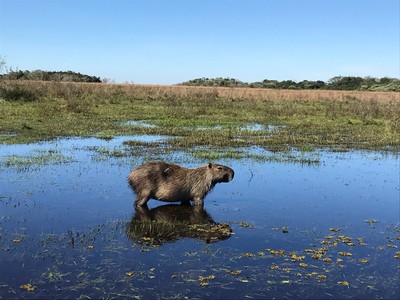 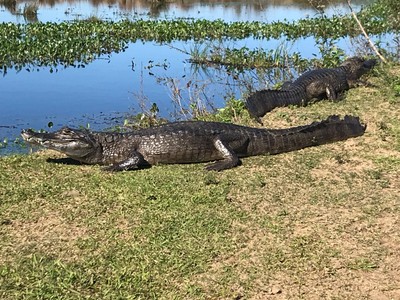 That afternoon we were treated to an Argentinian BBQ and Luciano our guide gave us a taste of 'Mate Tea' (pronounced as ma-té) which has enough caffeine to keep you buzzing for the entire day. As a non coffee drinker I found it quite strong but it was good to try it. 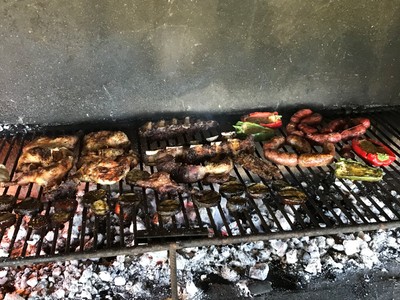 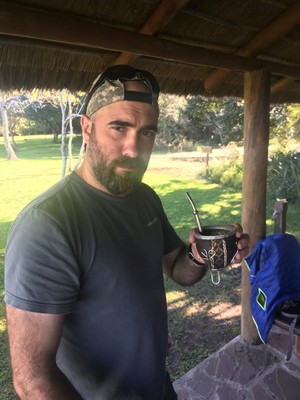 On Wednesday we spent most of the day on the road as we travelled north to Puerto Iguazu which is just past the Argentinian border on the Brazilian side. Iguazu Falls is regarded as one of the 'New Natural Wonders of the World' and is the most impressive and striking waterfall I've ever seen. Its sheer power is incredible and the panoramic views were stunning. 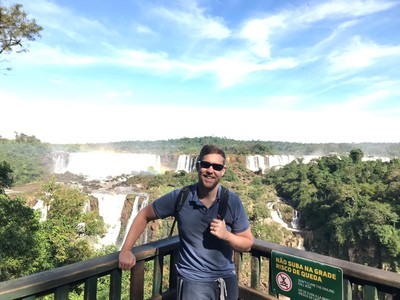 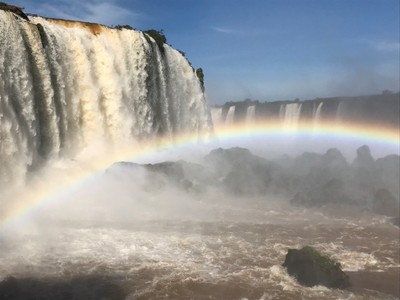 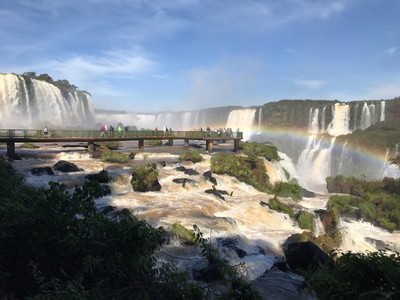 After our morning on the Argentinian side a few of us took a short ten minute helicopter ride over the Falls. It's been more than 10 years since I've been in a helicopter and I forgot how much fun it is. 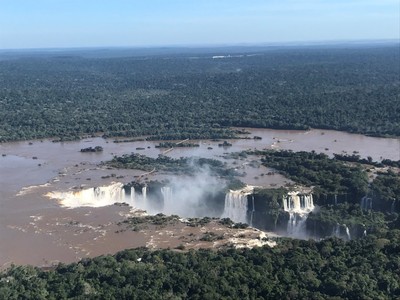 On our final day we travelled back across the border from Brazil to visit the Argentinian side. They compliment one another very nicely but the high speed boat ride we were able to take (which resulted in an absolute drenching) gave Argentina the victory! I wore a travel poncho I've been carrying around with me for months but it did absolutely nothing. Oh well. 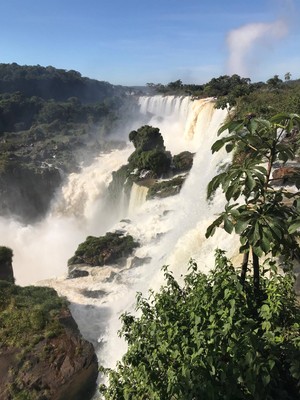 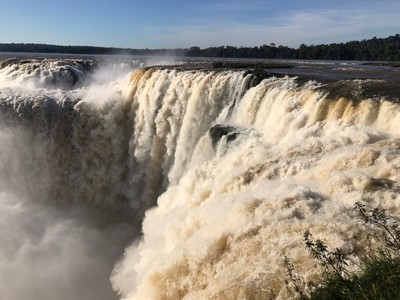 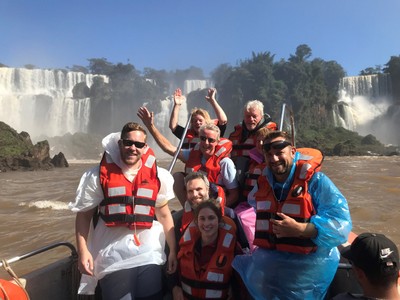 On a side note both parks are packed with these little critters. Cute eh? Be careful though they can bite, and may carry rabies! I didn't fancy recreating that infamous scene from the movie Outbreak so I did my best to keep a relatively safe distance. 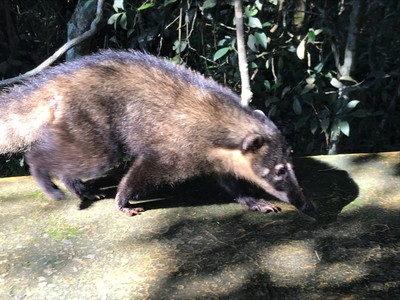 After the falls we were taken on a visit to a native tribe, one of the largest in the country. Retaining their identity and way of life is of utmost importance and it was great to be able to see how they hunt and live their lives. 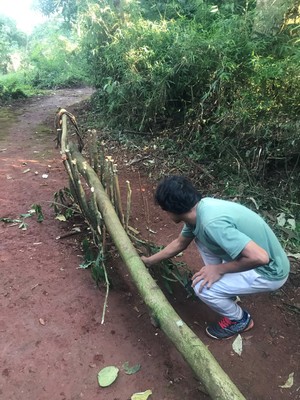 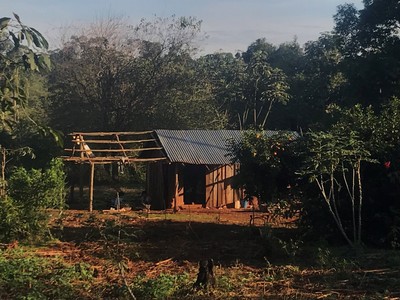 I enjoyed my time here, perhaps not as much as Peru but I'd like to return and spend more time in the capital and explore other parts of the country. Well it's almost home time folks... next up and last on the list (but by no means least) is Rio De Janeiro. It's day sixty six on the road and I just have five more to go...