This entry has been particularly difficult to write and upload as we've been so busy the past few days and we haven't had a moment to rest. I'm not complaining, but it's late here on Thursday evening and we're up tomorrow morning at 4.30am to take a coach to Abu Dhabi and from there our flight to Dublin. The three day pit stop is going to be mental busy and on Monday we'll be flying to Costa Rica via New York! Where to start with this entry... well Dubai is a city that doesn't require much of an introduction. Neither of us had been before and it seemed like the perfect place to stop off and finish our ten weeks in Asia. I'll admit I have always been a little cynical of the place, but having visited they've well and truly won me over. First of all, a couple of shots of the city to give you a flavour of what to expect. 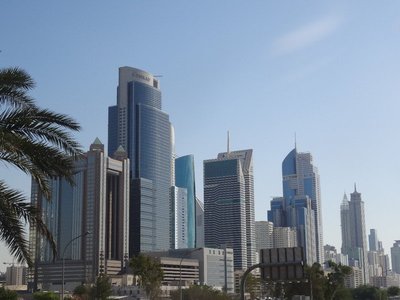 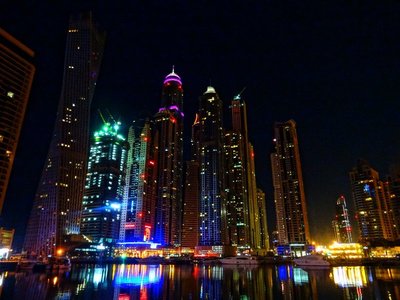 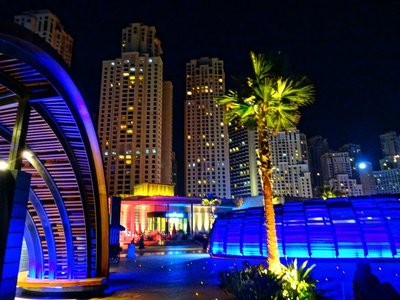 On our first day we visited Ski Dubai, an indoor ski resort. It was quite a novelty getting into winter clothes and spending a few hours in the snow park where you can tube, zorb and zipline. You can ski or snowboard too. For a while we almost forgot we were in the middle of a desert! We took a lot of photos on my mobile but I'm having trouble getting wifi on it, so I had to 'borrow' a few from Google Images. I'll upload the others to Facebook when I get a chance. 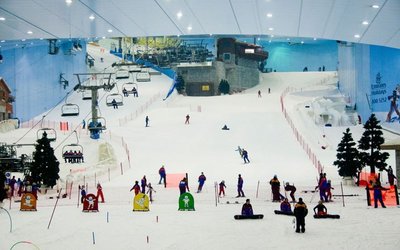 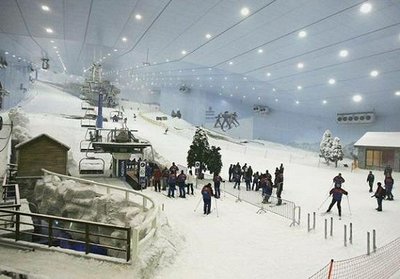 That evening we met up with my friend Michael who lives here and he has been kind enough to put us up for a few nights and show us around. He brought us for dinner in 'Downtown Dubai', located by the Dubai Mall (one of the largest malls in the world) and the Burj Khalifa (the tallest building in the world). They're also in the process of building a brand new state of the art Opera House which is still under construction. You can see a picture of the Khalifa just below. 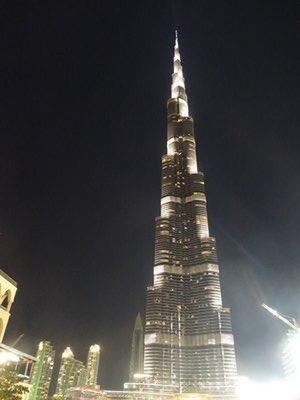 During dinner we were able to watch a water, fog, light and music show. It's on every thirty minutes and a new song is played each time. 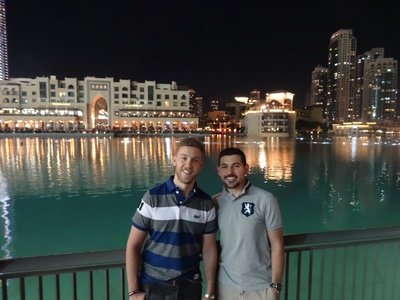 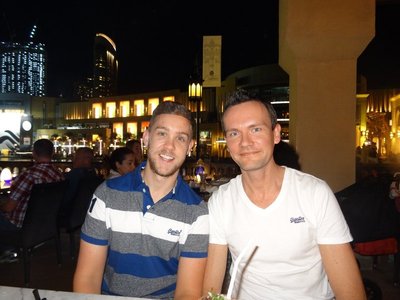 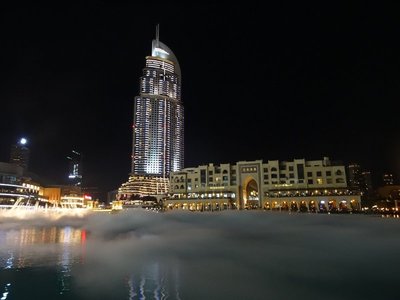 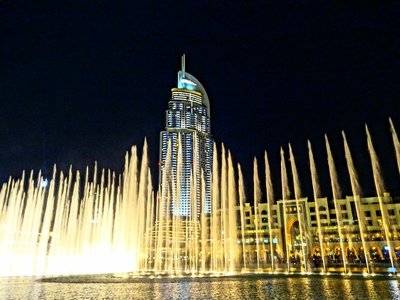 Yesterday we took the 'Big Bus' tour around the city and stopped off at the Dubai Museum (providing a history from the early settlers to the modern days developments), the zouks (the local markets) and the marina. 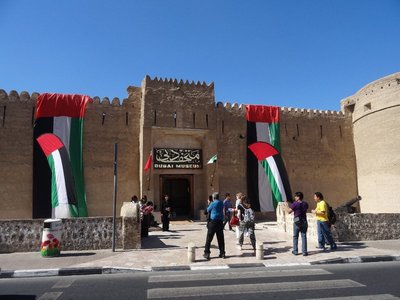 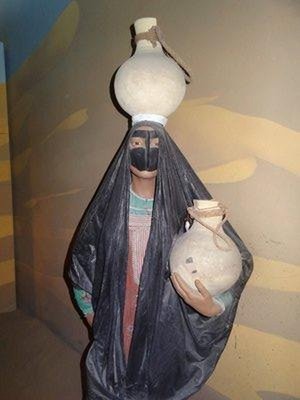 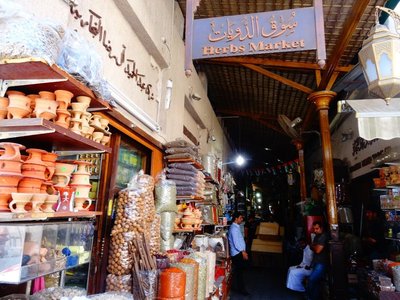 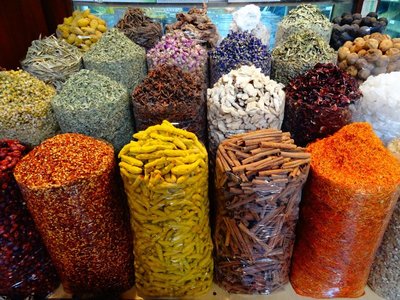 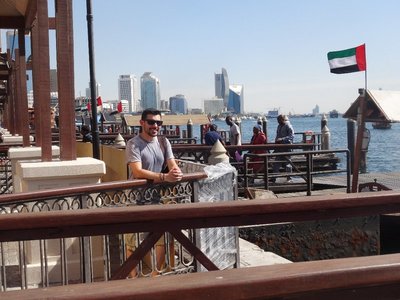 We also stopped off at an Egyptian themed mall for lunch. They love their themes here (there's another mall themed after the Renaissance). Check out the ceiling in the second shot, there are no half measures here! 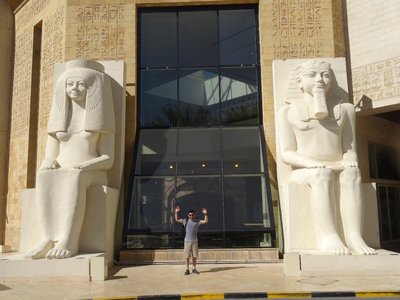 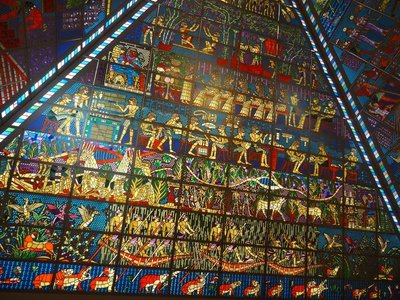 That evening Michael took us out for dinner at the hotel he works at, located at the Palm Jumeirah. It's a Turkish themed hotel called the Zabeel Saray and I think only second to the Burj Al Arab in terms of luxury. We enjoyed a delicious Lebanese meal, and it's the first time I've ever had it. I never thought I would enjoy chick peas! This morning we had an early start to visit the Atlantis Hotel's waterpark called Aquaventure. It's probably the best waterpark I've ever visited and luckily there were no queues. 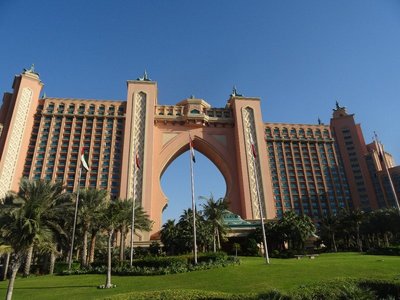 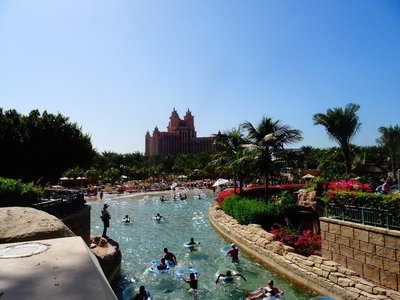 Aside from the dozen or so slides and an enormous lazy river (with rapids), guest are also able to use the Atlantis' private beach offering a full view of the city including the Burj Al Arab (the self proclaimed seven star hotel) which you can see below. 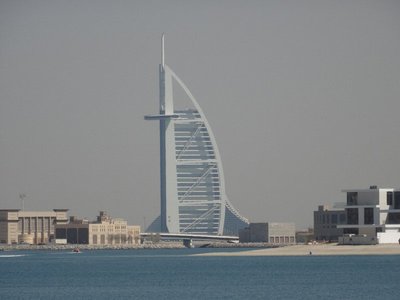 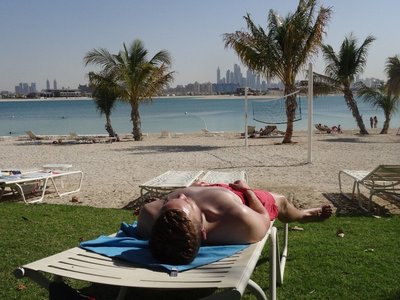 We visited the Dubai mall for dinner and finished off the evening with a trip to the Aquarium (complete with a ten million litre tank and a dozen sharks) and the Cheesecake Factory. It's considered rude not to visit a Cheesecake Factory when you stumble upon one. We almost had to be rolled back to our hotel after. 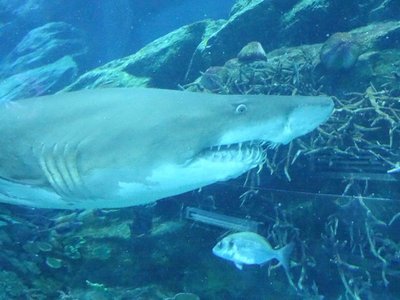 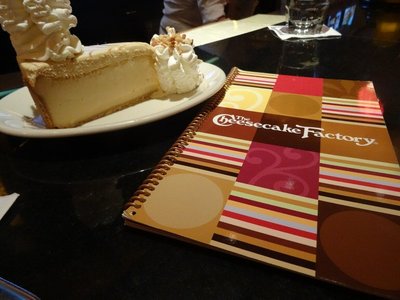 There's a lot to be said for working here on a tax free salary and being able to enjoy what is essentially an enormous theme park for adults. Yes there is a severe shortage of culture, historical sites and natural beauty but the government and corporations pull out all the stops to impress you so frequently that it's hard not to fall in love with the place.

Dubai is a very safe city to live and has one of the lowest crime rates you can find. You don't have to be loaded to enjoy it either. I'm not sure if we would be able to stick the forty degree heat during July and August but who knows if the right opportunity came up? Never say never. It was the perfect end to an incredible ten weeks. And we've still four more to look forward to. The next update will coming to you in about a week from San Jose.