Hola guapos y guapas! You can see below the map which shows my route through South America. I'm afraid I haven't suddenly developed better artwork skills over night, I've got Intrepid Travel to thank for it.

The last three weeks have gone by so quickly that I can't believe it's the very last day. But I am excited for Europe and what lies ahead. 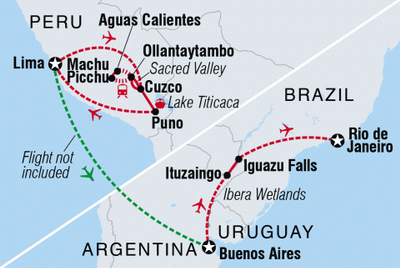 My expectations couldn't have been any higher for Rio and it's been a place on my hit list for many years. I thought Sydney was the most beautiful city I've ever seen but Rio has eclipsed it. With its vast ocean views and staggering mountains Rio really is a jaw dropper. I've not been to Cape Town or Miami yet and I've no doubt they're well regarded for a reason but I'd be surprised if anywhere else will have me smiling in admiration as much as Rio has. Landing into its domestic airport we were treated to this view on arrival. It's as if they've gone and built a city on the set of Jurassic Park! 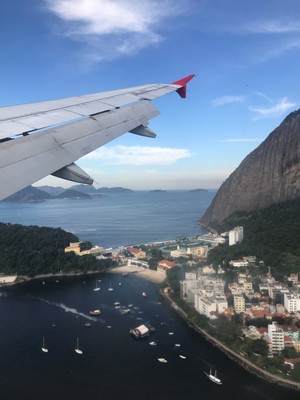 We arrived a couple of hours before dinner so as a group we headed straight for the famous Copacabana beach for sunset, dinner and some Caipirinhas, the well known Brazilian cocktail. 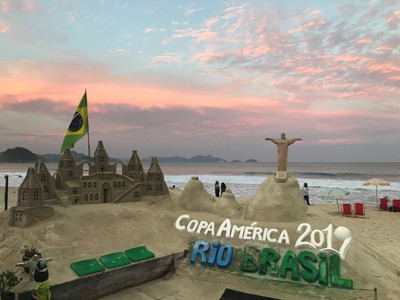 The first full day was action packed. First up was the Rio de Janeiro Cathedral. It was built between the 1960s and 1970s and can hold up to 20,000 people. Brazil is very much a Catholic country and I've no doubt they've had many nights where this church was at full capacity. Our group weren't too impressed however with its architecture and I must admit it looks a little dystopian on the eye. 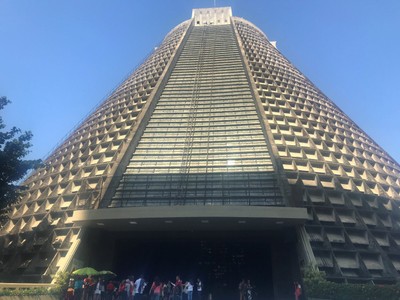 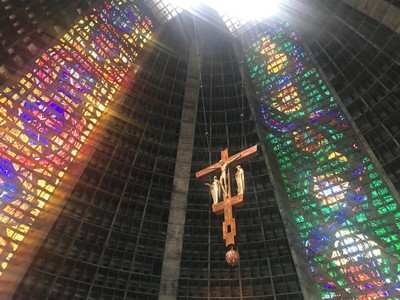 We next visited the Escadaria Selarón, also known as the 'Selaron Steps' and world famous. Unfortunately with so many people there I couldn't get a great photo of the steps, but here are two snaps to give you an idea. There's some really cute art work featuring everything from countries all across the globe to a homage to the Simpsons. 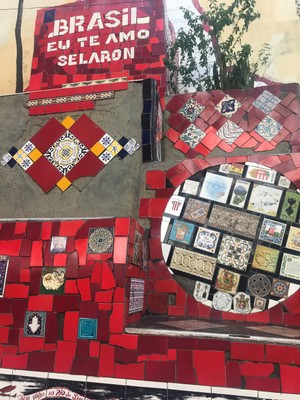 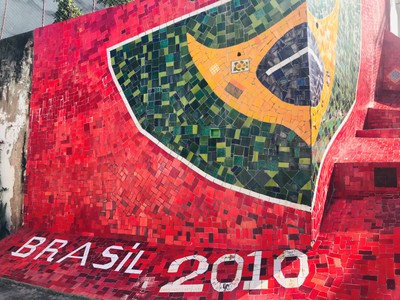 We were all eagerly awaiting our next stop, the iconic Christ Redeemer statue. It towers over the city of Rio as if it's protecting everyone who lives here. Constructed between 1922 and 1931, the statue is 30 metres high, excluding its 8-metre pedestal. Despite its obvious religious connections I had that same feeling of awe that I've had when visiting the Taj Mahal, the Sydney Opera House or the Pyramids of Giza. 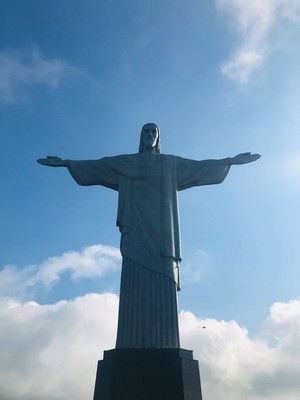 This is our tour guide Luciano. We couldn't have been better looked after, not to mention as well fed and watered. 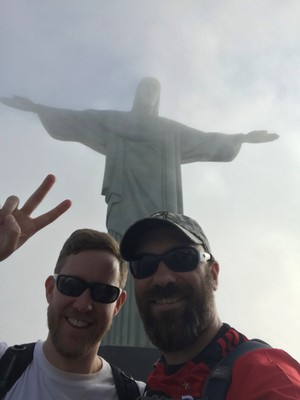 We then paid a visit to the Santa Theresa district which is well known for its hipster vibes, colorful buildings and funky artwork. 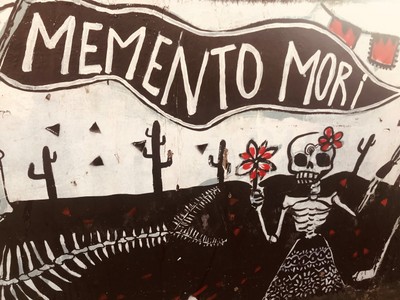 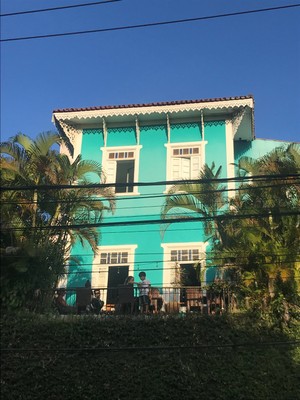 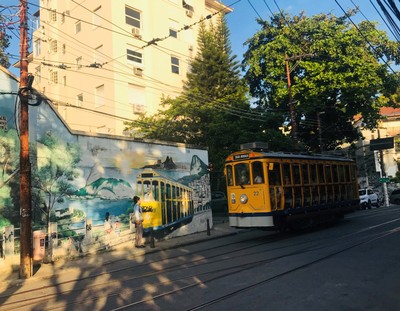 The day was ended with a trip to the Sugar Loaf Mountain for two cable car rides which brought us to glorious panoramic views of the city. Rio really is a stunner and to get a better idea check out some videos on YouTube as it's hard to capture its beauty in these stills. 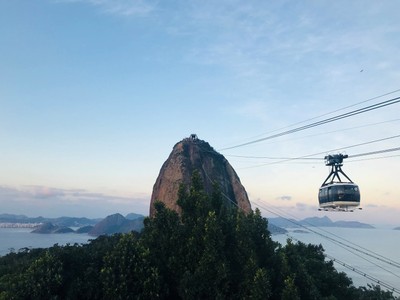 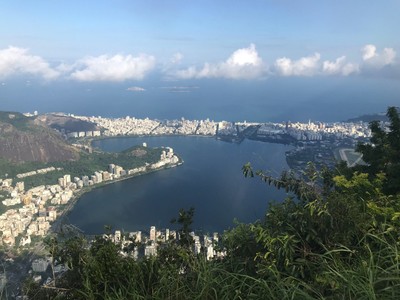 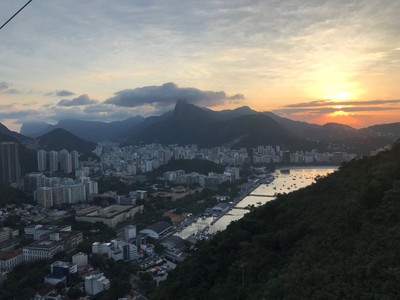 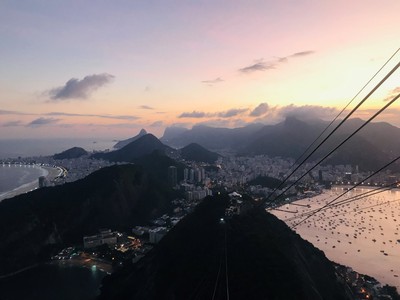 Our trip with Intrepid Travel had officially ended by the following day and with a just a few of us left we spent it by the beach and pool. By Tuesday afternoon I was the last one left so I decided to book an afternoon tour on a jeep safari through some of Rio's forests and its botanical gardens. I passed by waterfalls, monkeys and more spectacular view points of the city on the way. 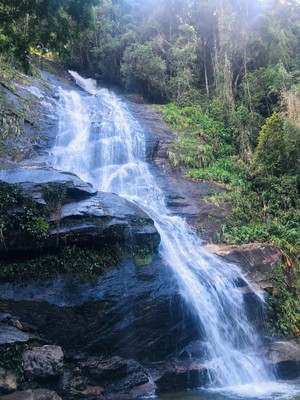 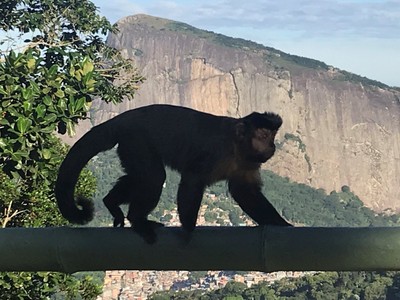 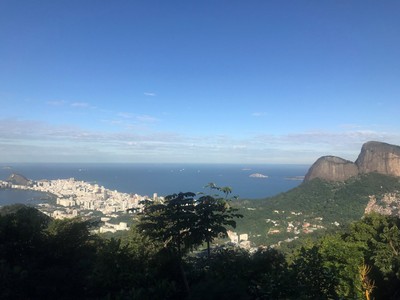 The botanical gardens were particularly impressive. It was starting to get dark by the time I had arrived so the photos weren't great but you can see some of its trees below and the Christ Redeemer which is ever present from many parts of the city including its outer suburbs. 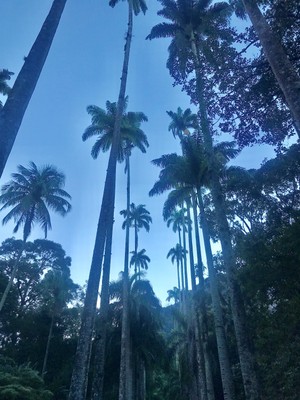 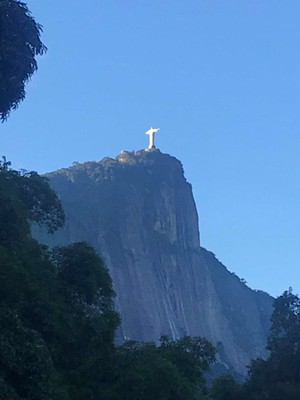 My final day has been spent in the Copacabana area close to the beach where I was able to enjoy one last swim and a stroll along its promenade. We've been told it can rain an awful lot here but June is one of the best time to visit as it's dry, comfortably hot during the day and the ocean is still warm. 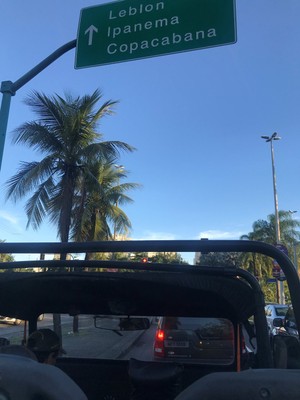 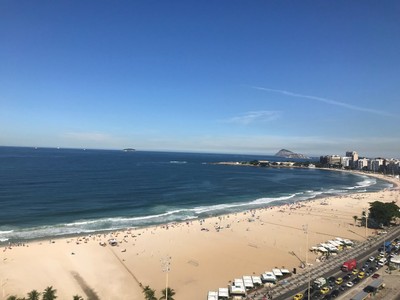 Rio has been awesome and as with Argentina I'll need to return and explore some more. I'd love to check out the Amazon region next time. I couldn't recommend Intrepid Travel highly enough and whether you're travelling alone or just through a tricky part of the world check out what tours they have on offer. Right then, in a few hours I board a flight directly to Lisbon. I'll soon be reunited with Alberto and from there we'll travel east and over the Spanish border to spend time with his family and explore his home province of Extremadura together. I won't be blogging about it as my 'backpacking' days are officially at an end for now

BUT once I get some time on my hands I'll write up a little retrospective entry.