We were a little bit apprehensive about travelling by bus from San José to Guatemala City in only four weeks. Thankfully we're on track and below you can see our progress so far. You can take flights but they’re incredibly expensive and you also miss out on the views. You could spend twice the amount of time we have covering the same ground. We’re really only getting to see a few of the highlights this region has to offer. 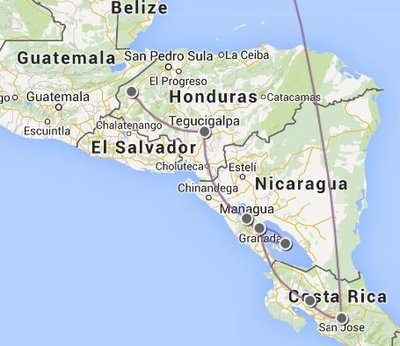 Honduras, El Salvador and Belize are the three most violent countries in Central America and there’s a disturbingly high homicide ratio in all of them. We ruled Belize out pretty early on due to its geographical location and two weeks ago we agreed to leave out El Salvador due to some pretty grim stories we’ve heard from locals in Costa Rica and Nicaragua. We decided to pay Honduras a visit because you’ve got to travel through it in order to reach Guatemala and there are only two cities in particular you need to be really cautious about, the capital Tegucigalpa and San Pedro Sula, which is the most violent city in the world. Yes, in the world!

Unfortunately, due to the distance involved in travelling from Managua to Tegucigalpa, it’s very hard not to spend at least one night here. It was another long day of travel with four mini chicken buses and two taxis. Transport (unlike food) is really cheap in Central America so we've been saving a lot in this department in comparison with Asia. If the NCT was a dead person, he would be rolling in his grave at the condition of some of these vehicles. Each chicken bus we took became progressively worse (sight, comfort and smell). After I saw our third vehicle I couldn't help but wonder if our final mode of transport would have a roof or seats still attached. We also briefly hired a gentleman on what I could only describe as a wooden pushcart to briefly transport us and our bags. Don't laugh, I promise you it's essential for the 1km walk in the heat between the Nicaraguan and Honduras borders. I thought he was a lovely fella until he attempted to increase the agreed price by four times the original amount at the very end. 'No deal'. Instead we gave him a small tip.

We took a gamble and stayed two nights in Tegucigalpa but were very selective in picking a hotel in a 'safe-ish area' with positive reviews from fellow travellers regarding safety. We also agreed that we would minimise our time out at night. On our first night we literally just ventured around the corner to grab a quick dinner and head back. I must admit it didn’t feel particularly safe. There were definitely a few unsavoury characters shall we say floating about. We left any valuables in our hotel, brought just enough cash for the meal and kept our heads down. And all was well. The day time in Tegucigalpa is a different story, it's generally considered safe. You just need to err on the side of caution. The city itself hasn’t a lot to offer unfortunately. There are a few museums and art galleries we planned on visiting but all tourist attractions are closed on a Monday. It’s a shame but we still enjoyed wandering around the main square and town. I think we saw only one other foreigner about but thankfully unlike China or Indonesia the locals couldn’t care less that you’re there. 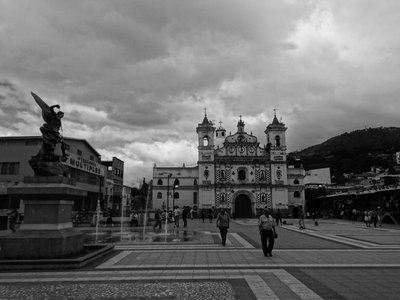 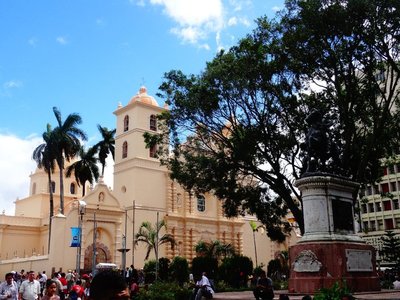 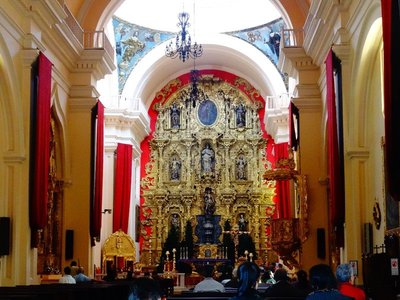 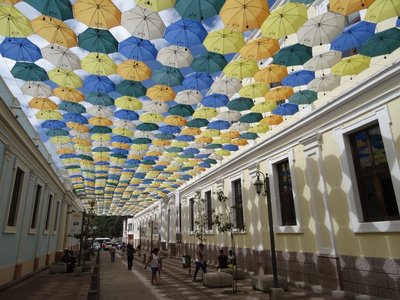 That evening we decided to take a professional coach for the eight hour trip to Copan, our second and final stop in Honduras. You’re paying about three times the price of public transport, but taking into account crime and safety warnings this was a no brainer. We also knew this trip would involve passing through San Pedro Sula (remember: THE most violent city in the world). Thankfully there was only a one hour layover and we were very happy being locked away in a bus terminal with a security policy almost as tight as an international airport. We arrived in Copan that evening, and the contrast couldn’t be greater. Copan is a charming and safe little town filled with steep cobbled streets and red-tiled roofs set among green hills. The locals are extremely friendly. And the public transport is a Tuk Tuk! No matter how bad the smell or the discomfort, I’ll always reminisce of Tuk Tuks with fond memories. Thankfully the Tuk Tuks in Copan are modern day versions of what you’d find in Thailand and they’re in excellent condition. Honestly. The drivers charge a very cheap price so no haggling is required. I’d compare Copan to Andorra, albeit without the snow. The town is home to Honduras’ most famous Mayan Ruins which was the main reason for our visit (more on that shortly).

We spent our first day walking around the town, we visited a local museum and in the afternoon we took a trip to the Luna Jaguar Hot Springs. The Springs are a great place to relax and unwind. There are plenty of hot and cold thermal pools for you to get into and its Mayan theme makes the setting even more enjoyable. We also took the liberty of having our first ever mud bath. Naturally, we now look and feel ten years younger. 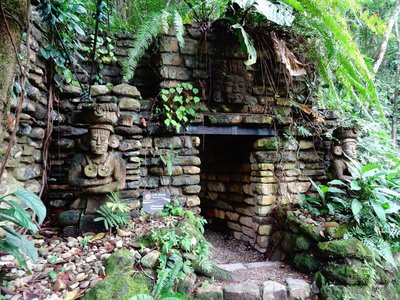 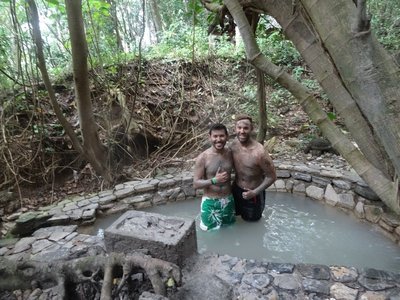 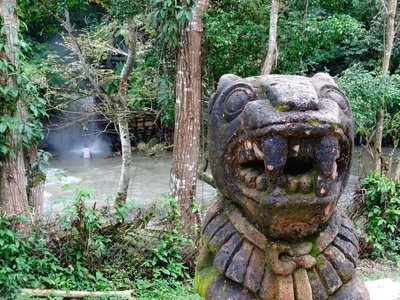 Today we took a Tuk Tuk out to the Mayan Ruins of Copan. The Maya people constitute a diverse range of Native Americans in southern Mexico and northern Central America (primarily Guatemala). The indigenous folks left behind ruins which date back to 100AD. Copan is smaller than some of the other Mayan attractions you can visit but features some really cool sculptures and carvings. 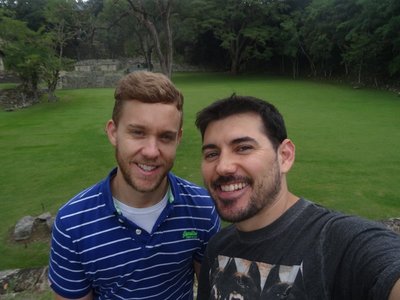 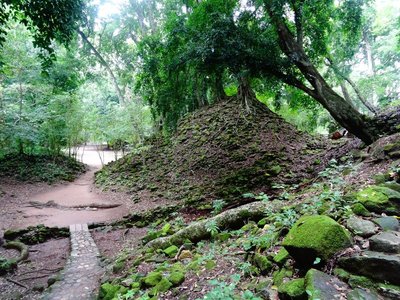 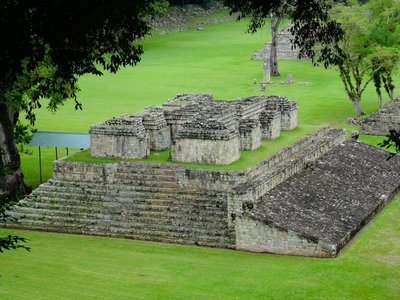 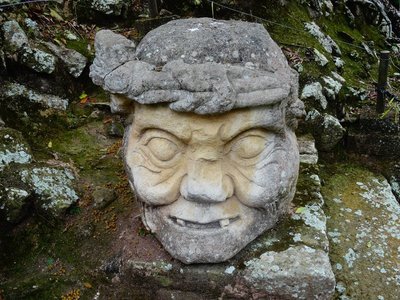 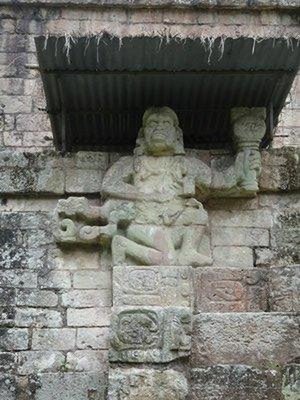 You can see an artist's depiction below of what Mayan life would have looked like. There's also a museum by the ruins which houses many of the artifacts which have been excavated and also includes a stunning recreation of one temple. 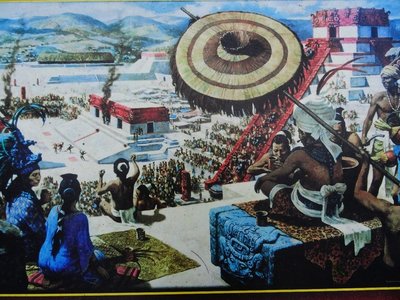 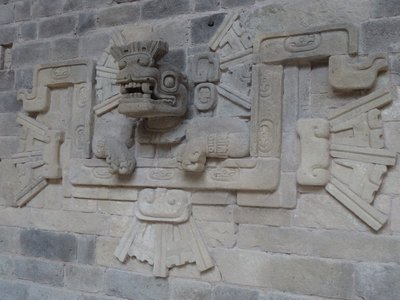 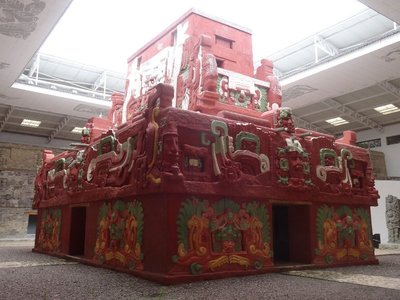 Our time in Honduras has been brief. We didn’t care much for Tegucigalpa but would highly recommend visiting Copan if you can. If we had more time and hadn’t gone scuba diving in Asia we’d have travelled north to the Bay Islands for three nights. The area is famous for it coral reefs and cheap diving and is the #1 tourist destination in Honduras. Unfortunately the islands will have to wait for another time. Tomorrow we take a bus west for eight nights in our final country (!), Guatemala.