I mentioned at the end of our last entry it was frustrating not being able to find accommodation in Japan during 'Golden Week', essentially forcing us to take a temporary detour outside of the country. On a brighter note we've ended up here in South Korea, a country which we probably wouldn't have visited for another ten years. I'm a self-confessed planning addict (surprise) so this was a welcome reminder that sometimes it's nice to go with the flow and see where life takes you! A really good friend of ours from Sydney has also been here so it's been great catching up. Seoul is the capital of South Korea (SK) and home to almost ten million Koreans. Surrounded by a mountainous and hilly landscape the city is densely populated with skyscrapers not to mention what feels like an unlimited amount of restaurants, bars and shops. Given SK's strong history and relationship with America its own Western vibe is quickly evident from a capitalist perspective. I must admit initially I had wondered if that had come at the cost of their own identity and culture. However once you take a peak beyond the surface both aspects shine right through. 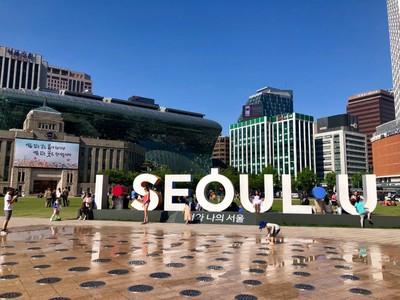 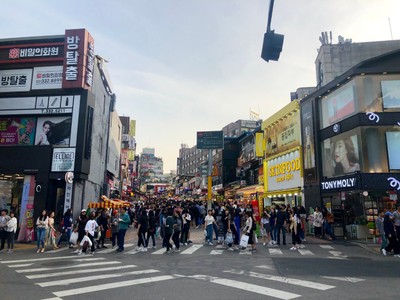 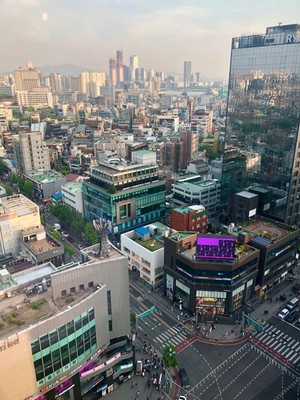 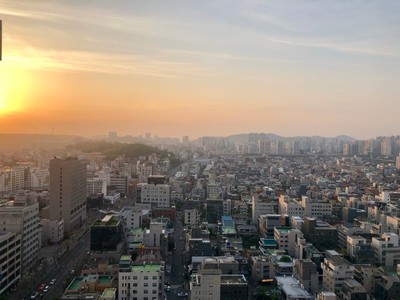 We spent Thursday evening with our friend Sonia where we had a chance to visit Gwangjang Market, one of the oldest and largest traditional food markets in South Korea. It recently featured in Netflix's 'Street Food' series including this lovely lady below who tells her story behind her restaurant and how it important it has been to her family. We can confirm the noodle soup was delicious. 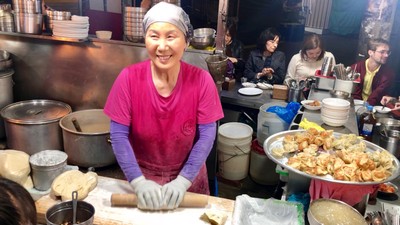 The next day we paid a visit to the Korean War Memorial, built for the purpose of preventing war through lessons learned from the Korean War. If you're in anyway interested in the division between the North and the South than this is a must visit. We were lucky to witness a show and demonstration outside prior to entry which included a band and singers. 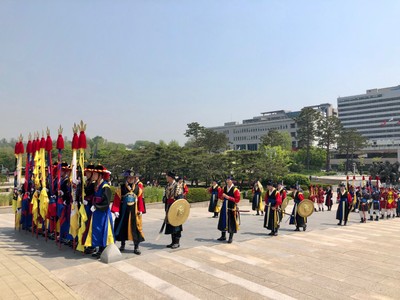 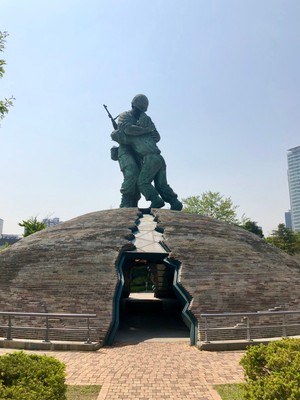 Friday evening was a messy one with Sonia... Korean BBQ (rude not to) followed by lots of drinks let us to the best retro game bar I've ever visited and of course some karaoke. Because one can rarely get tired from out-of-tune karaoke! 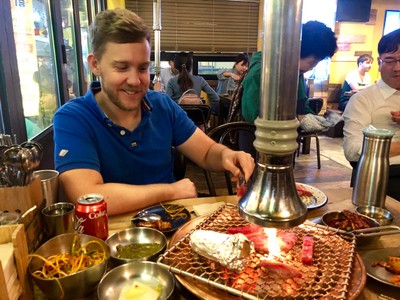 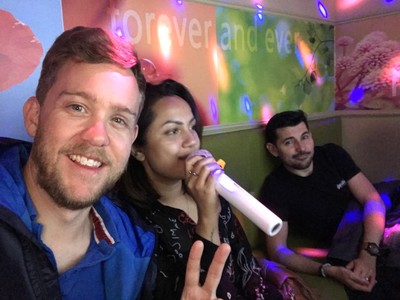 On Sunday we spent the day with Sonia on the Korean Demilitarised Zone (DMZ) tour. We were driven to the border between the South and the North and had the opportunity to learn more about the creation of the North. I went through a slight obsession phase (!) with North Korea last year so this was a great opportunity to see a glimpse of the country in person. If you're not familiar there is plenty of information available online and it's pretty fascinating. There were a few different stops in the tour including a look at one of the tunnels the South Koreans had discovered in their territory by mistake and was in fact built by the North Koreans to invade long after the ceasefire of the original Korean War. 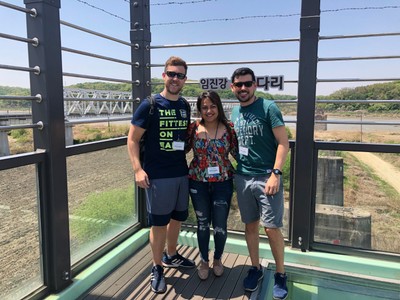 Below you can see North Korea in all its glory! There are binoculars available to look through but we weren't able to spot anyone unfortunately. 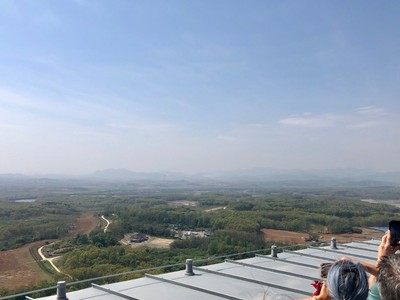 We also had the dubious honour of trying North Korean wine, aka the worst wine we've tasted in our ENTIRE LIVES. And that's say something... Blossom Hill come back all is forgiven! To our dearest Kim Jong Un & associates, please don't give up the day job lads. 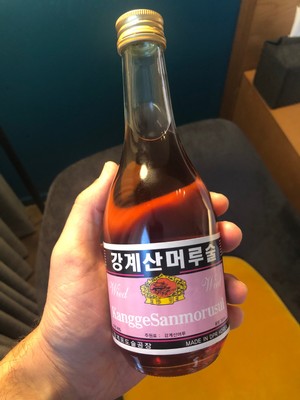 Today we visited the Gyeongbokgung Palace, built in 1395 and home to the Joseon dynasty. It reminded us a little of the Forbidden City in Beijing. 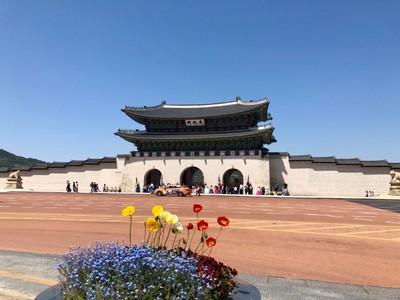 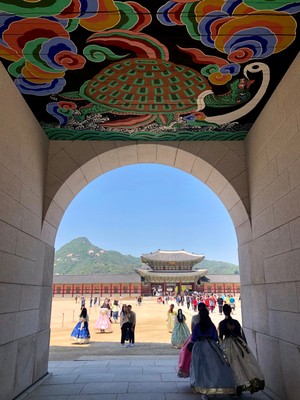 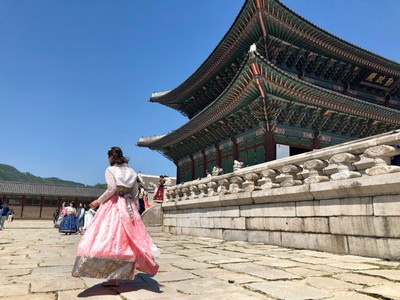 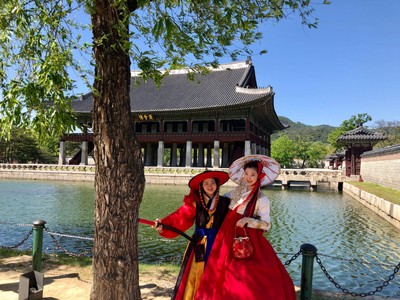 'Children's Day' is celebrated here on the 1st May and although we're not sure if it's completely related there still appears to be celebrations and festivities taking place around the city. 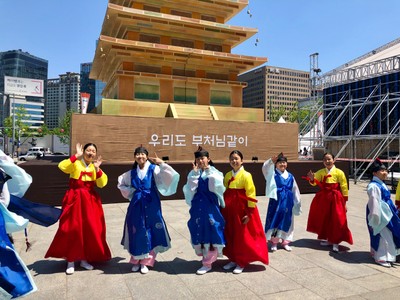 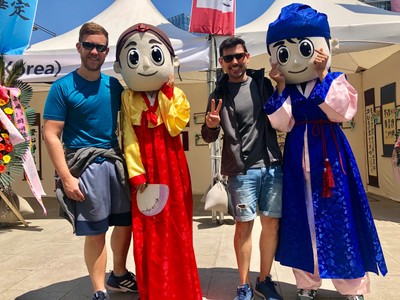 This is our final evening in South Korea and we've thoroughly enjoyed it. The weather has been ideal at a very pleasant 20 degrees and there's not been a cloud in the sky. Five days has been enough to get a good taste but we'd love to head back in the future and explore the rest of the country. For now though we're heading back to Japan and tomorrow we fly south east to Fukuoka.