It was a difficult flight from Sydney. We found two very cheap airfares with Air Asia and thought we had found a bargain. Don't get me wrong, we got there safely but when the air con is on arctic blast and a blanket is not included it makes for an uncomfortable flight! On top of that it looks like I picked up some mild food poisoning on the plane. Today is the first time I'm actually feeling myself and am so thankful to the local doctor who gave me the right antibiotics.

So why visit Myanmar? South East Asia is filled with wonders and well, having both been to Thailand and factoring in my earlier visits to Vietnam, Cambodia and Laos it felt more like the neighbouring unknown, which had us curious. It's been less than 10 years since the country was ruled with an iron fist by its military and closed off to the public. The chance to visit before it potentially becomes 'too touristy' was too good to miss.

Now, being conscious of the time it takes to both read and write these blogs rather than give you a day-by-day account of everything we're doing I'm just going to take you through some of the highlights of each stop. The jewel in Yangon's crown is the Shwedagan Paya. Completed in the 6th century, it is the most sacred Buddhist pagoda in Myanmar, as it is believed to contain relics of the four previous Buddhas. 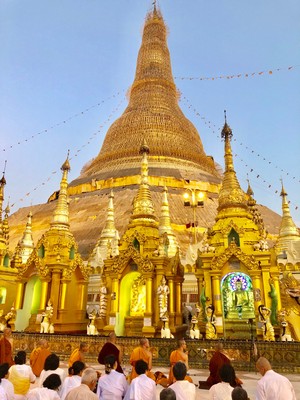 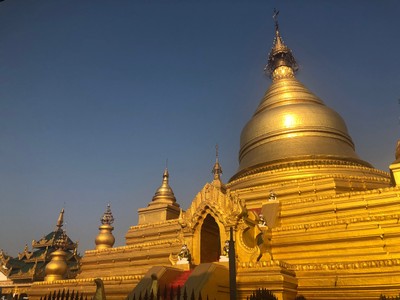 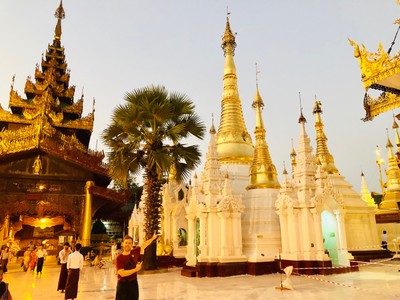 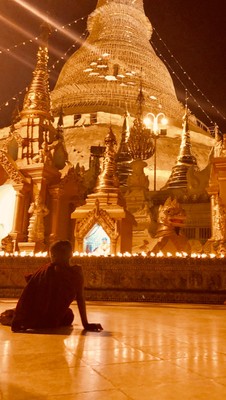 We also paid a visit a 213 foot long reclining buddha. 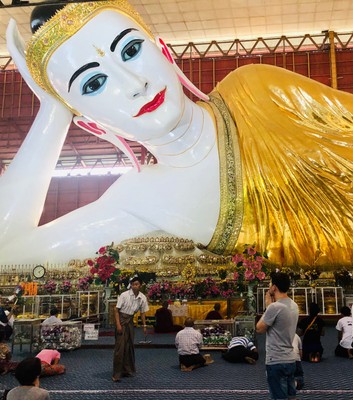 On Sunday we took a one hour flight north to Mandalay. The real highlight here was a full day tour around all of its various temples, palaces and treasures. This particular day really made me feel glad I took a bet on Myanmar. Historic sites aside, the real highlight of Myanmar has been its people. They are some of the friendliest you can find and you can tell they're excited to have tourists here. 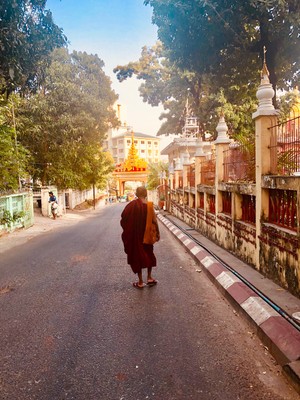 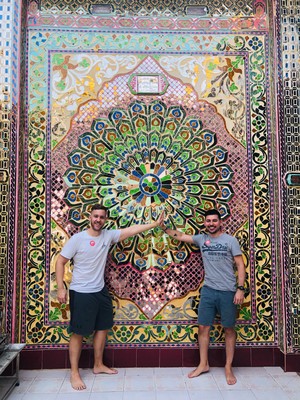 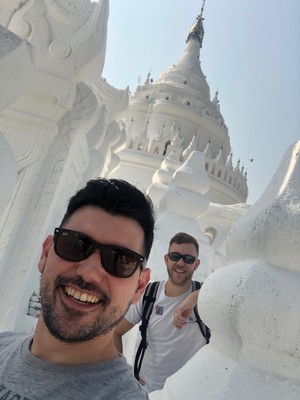 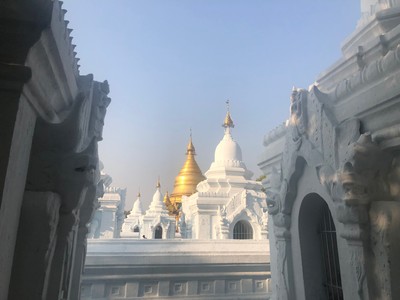 Many locals are curious about visitors and want a photograph. It would be rude not to exchange one back in return! Despite the language (and their English is not too bad) you can tell they have a good sense of humour. 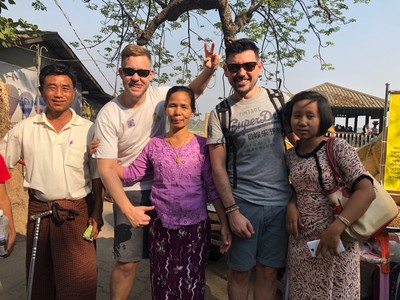 Today we take a six hour bus journey west to Bagan. We've got four days left in Myanmar, including one night back in Yangon.